This project started out as an experiment. The idea was that standard flight controllers should be able to control non-planar shaped quadrotors as long as the control board is mounted near the center of gravity. I decided to try the idea out. The project addresses the symmteric / non-symmetric forms of non-planar motor layouts.

Dihedral attachment of rotors on ordinary quadrotors may enhance stability. However, if the arms are attached in a different plane with the center of gravity, such configurations may make the system less stable or unstable.

Used two tarot quadrotor frames and mounted each frame using pennuts. Below is the picture of initial fitting the parts before wiring.

It was soon obvious that if the quadrotor had an non-planar shape, it needs longer wires to connect everything. 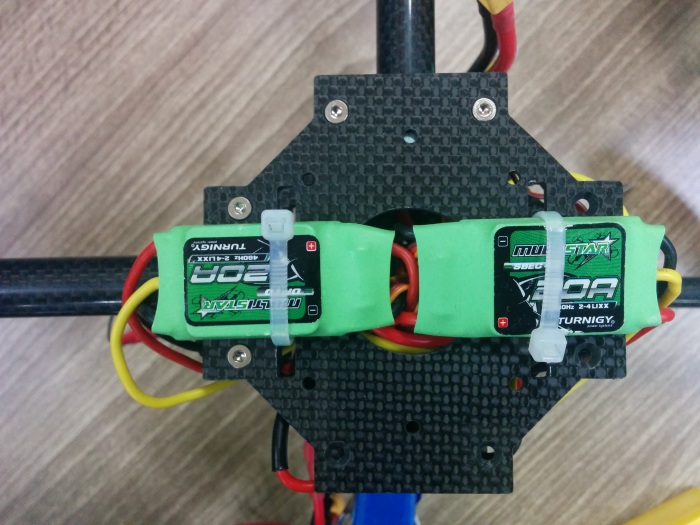